Cliff Burton's music gear is being tracked on Equipboard. 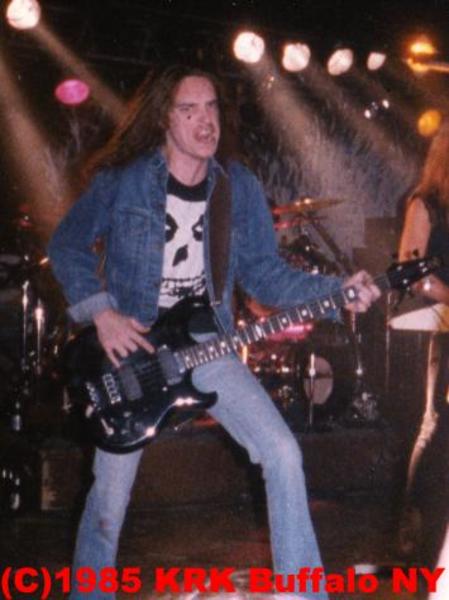 After retiring his Rickenbacker 4001 Burton used a number of high-end basses.

Among these was a Black Alembic Spoiler Bass he bought and used breifly in about 1983-1985, This bass may or may not have been used on the recording of the "Ride The Lightning" album.

This bass has never been found, so if you or someone you know owns a Black '83-'85 Spoiler be sure to look for a large chip in the back finish up around the side of the Peghead as it might have belonged to Burton.

Cliff used this bass briefly between the Kill 'Em All and Ride the Lightning tour before it was stolen somewhere between 1984/85.