Ed O'Brien's music gear is being tracked on Equipboard. 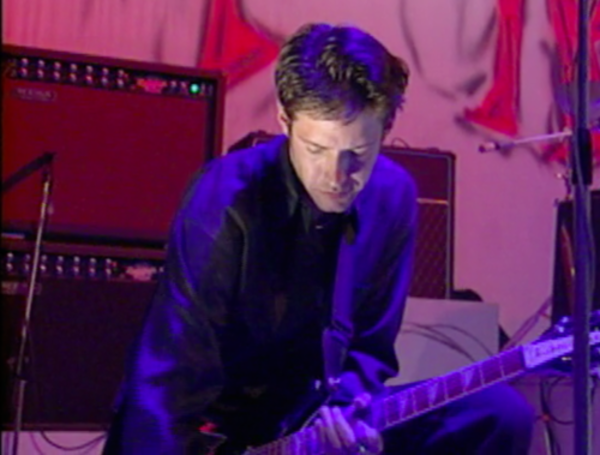 To the left of Ed you can see his two Mesa Boogie Trem-O-Verbs. You can also find these amps on "The King Of Gear:"

"Ed has used two of these Mesa Boogie combos since before Pablo Honey. Ed’s two originals, used on Pablo Honey and The Bends, were stolen in 1995, but he quickly purchased two new ones. Those two were used until 2009.

Originally, Ed would set one of the amps to heavy distortion, and the other quite clean, using a Boss LS2 to switch between them. On Creep, he used the a tremolo pedal with the clean amp for the verses, then switched to the tremolo-less distorted amp for the choruses.

For reference, Ed’s Mesas will be designated as such:

Interested in Combo Guitar Amplifiers? Check out Our Gear Guides