Jimi Hendrix's music gear is being tracked on Equipboard. 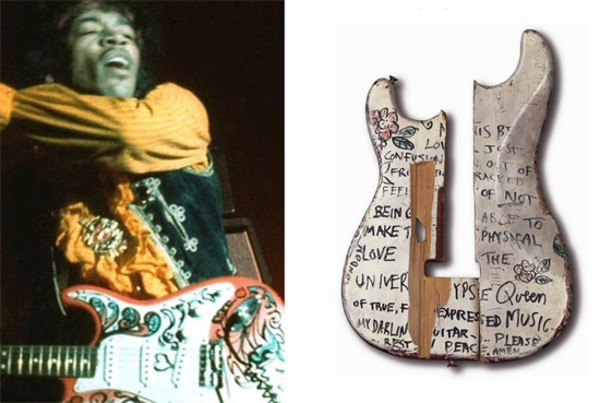 Guitar Player writes in this article "Courtesy of Legends of Rock Guitar, here's a shot of the white Stratocaster that Jimi Hendrix played at his legendary performance on June 4, 1967 at the Saville Theater in London. Paul McCartney and George Harrison were in attendance. In tribute to them, the Jimi Hendrix Experience played "Sgt. Peppers Lonely Heart's Club Band," which had only been released three day's earlier. Later in the set, Jimi smashed the white Strat and here are the fragments today." In this video you can see the smashing in action.