Kevin McKeown's music gear is being tracked on Equipboard.

Equipboard's gear archive is collaboratively built and maintained by fellow music lovers like yourself. Anyone can submit gear and equipment to artists. Joining Equipboard also allows you to create your own list to track the gear you have and want, and follow artists like Kevin McKeown to never miss gear updates. 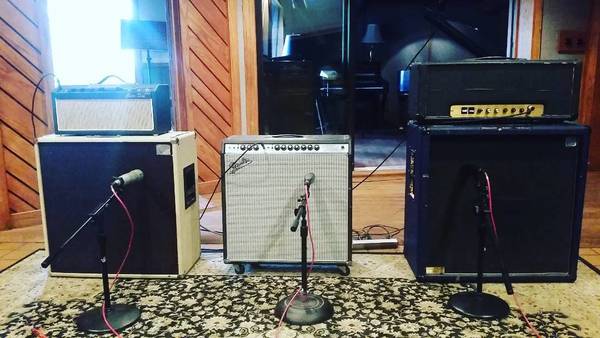 Kevin posted recently to Black Pistol Fire showcasing his new run of amps, replacing his Fender Deville and adding on the far right a Marshall.

Commenting and editing is limited to members of the Equipboard community.
Login to continue.
Submission Quality: Needs Improvement

Check the source and notes to see if they can be improved.

Interested in Guitar Amplifier Heads? Check out Our Gear Guides