Lindsey Buckingham's music gear is being tracked on Equipboard. 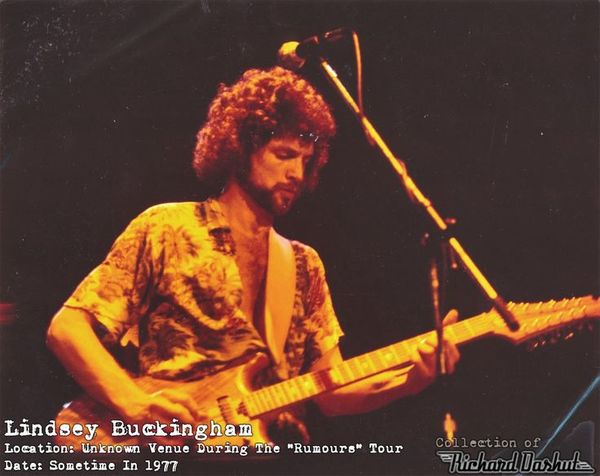 Lindsey is playing a 12-String Alembic built by Rick Turner, the Body is made from Zebrawood, this guitar was used for Oh Daddy from Mid May 1977 to the end of the Tusk Tour 1980 and was tuned to D-G-D-F-A-C (the Tuning is not confirmed, i've been trying to find this tuning for a while now, the harmonics Buckingham plays on the 12th Fret can only really be played in D-G-D-F-A-C as well as the Chord in the Picture is a Dm in this Tuning, Ray Lindsey says it was in Drop-D but i think he is talking about The Dance Tour 97-98 when Buckingham played his Model One in Drop-D)