Nicky Wire's music gear is being tracked on Equipboard. 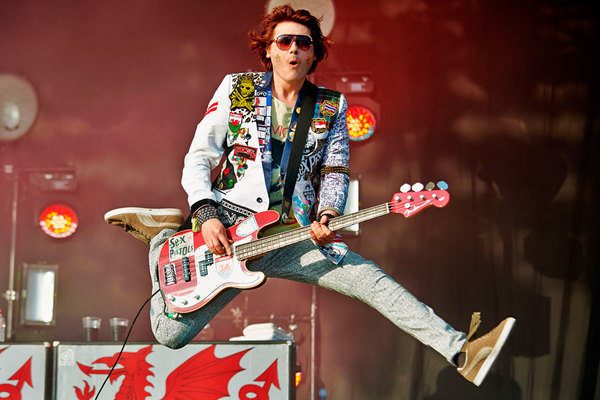 Nicky can be seen using this Fender Precision Bass in Glastonbury Festival 2014 and in the whole The Holy Bible 20th anniversary tour, where he played with his band Manic Street Preachers. It has in it the logo of Punk Rock band Sex Pistols, one of the favorites of the player, as well as the Flag of Wales.

It's a Fender Aerodyne Precision bass - notable by the colour, jazz pickup, binding