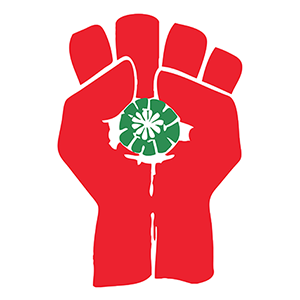 What's funny is you follow my soundcloud and I just use white ipod headphones. Not dissing and please don't unfollow lol, my point is, I spent 4 years as the sound board operator in highschool. I've spent years listening to music on different headphones, comparing and contrasting. The whole point of some genres of lofi hip-hop are based on not being able to listen to bass heavy music in your house because you're poor and live with 5 other people. But I've made music through headphones at night, then mixed/mastered through monitors and subwoofers in the day. Sometimes you choose to mix through headphones knowing it's gonna make it worse because you don't want to sound like everybody else. But when it come to suggesting what to produce through, yeah probably should stick to rokits, yamahas, there's some other good ones that I can't think off the top of my head.

What is the best DAW for Windows?

I don't know what you mean by "best" but I can tell you that all the high echelon underground hip-hop producers use ableton and I'm trying to convince myself to switch over from FL.

Hey all, released a new beattape that'll be the first in a trilogy. Went for a lofi-MaxinQuaye vibe. Hope you all like it: http://imgur.com/a/Ad3Iy.jpg The Next Phase::Exploration Of Seasonality

https://www.youtube.com/watch?v=-GzHNRG3sDE :14-:15 Seconds in. What kind of KRK Rokits is jonwayne using?

Why does my mix sound unprofessional?

Cheap sounding drums, snare drum needs to be mixed higher in the 2K range. And the vocals sound like they're through a cheap mic.

Not criticizing, I think it's fine, but those are the things you're gonna wanna fix. Maybe master with more low end

I noticed there's some equipment under the "non-music" category, but can't seem to figure out how to do that myself?

I'm asking because the producer Jonwayne has a lot of Charles Bukowski books.

The Hello-Thread: Please Allow Me To Introduce Myself 👋

FL is like a jet engine once you start to get used to it. Compressors, EQs, samplers that chop for you, tape simulations. Not to mention all the usual reverbs/delays/choruses. Pitch shifting, gross beat.

Only thing it doesn't do that well is basslines, but even then you can work around that by using "Outside The Club" mixing preset on samples for old school 90s boom bap filtered basslines.

I still need to try ableton, I feel its compressors/side chaining is probably the sound a lot of the beat scene guys have. FlyLo/Knxwledge in particular.

I live in Oregon. The protesting isn't going to stop.

"I can't believe the riots" They're not even riots. I've seen worse riots when sports teams lose (or win). But yeah, Portland hates racists. I live an hour outside, and even though we're the liberal state protesting Trump harder than most, once you get out of the city it's business as usual in AmeriKKKa.

The Hello-Thread: Please Allow Me To Introduce Myself 👋

I live about an hour outside of Portland, Oregon.

Was raised since I was a kid in musical theater and started b-boying/breakdancing around 2000. Bought my first guitar in the 4th grade, started playing drums in the School Band in 5th grade. Trombone. Bass. SP-404SX. FL Studio. Mess around on the piano.

Always nice to find a new site like this before it gets overpopulated with spam and we have a chance to build.