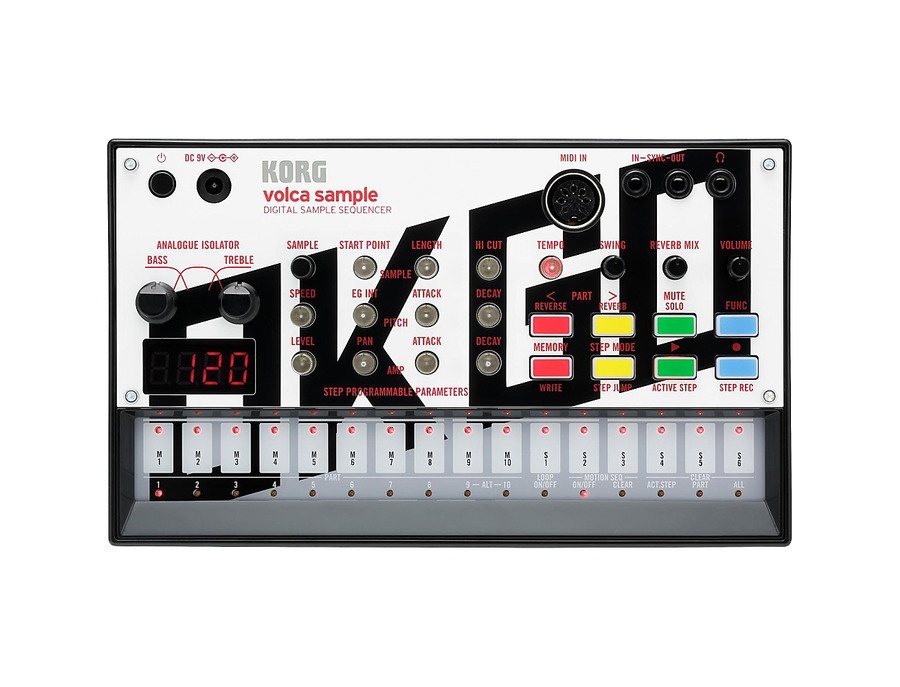 volca sample - OK GO Edition is the latest edition to the volca family. Based off the successful volca sample, this is a limited edition (750 units for the U.S.) version ...

volca sample - OK GO Edition is the latest edition to the volca family. Based off the successful volca sample, this is a limited edition (750 units for the U.S.) version with exclusive sample content from OK GO; the wildly popular indie band that uses their extremely viral YouTube videos as their main platform to reach audiences. The front panel was redesigned by members of the band and the logo on the back is a fun play on the Korg logo.

The volca sample is a sample sequencer that lets you edit and sequence up to 100 sample sounds in real time for powerful live performances. It’s a powerful addition to any existing volca setup, or simply on its own. The new volca lets you recapture the excitement of the first generation of samplers, in which any sound --- vocals, spoken words, ambient sound, or glitches --- becomes material for your creations!

A fun to use sequencer
The step sequencer is designed for ease of editing and to allow parts to be inserted or removed "on the fly." Use the 16 step keys to enter notes intuitively while maintaining visual confirmation of the timing of the notes in a measure. You can also record your performance in real time.
Up to ten of the sequence patterns you create can be stored in internal memory.

Motion sequencer records and plays back up to 11 parameters
The motion sequence function records your knob movements, letting you add time-varying change to the sound. This is a great way to polish your loops, and also lets you generate highly original live performances. The volca sample is able to record all knob movements that are related to sound editing. This allows sophisticated editing that had been impossible for hardware samplers of this category.

Swing function generates grooves
The Swing function adjusts the swing playback position, generating the distinctive groove of dance music styles such as hip-hop. As appropriate for the character of your song, you can shift between rushing and dragging the beat.

Analog Isolator provides powerful and great-sounding possibilities
volca sample features a frequency isolator, which has become a powerful tool in the creation of numerous electronic genres. This lets you apply powerful changes to the sound and create development and breaks by boosting or cutting the low/high ranges. The isolator is implemented as an analog circuit, ensuring thick sound even in the flat position.

Reverb Per Part
The built-in reverb effect can be switched on/off for each part. The isolator and reverb can be used together, enhancing your live performance with possibilities such as cutting the low range and letting it fly.

Song mode for more dynamic performances
In a first for the volca series, a Song mode is featured. You can save up to six song patterns, each combining up to 16 sequences. This enables performance possibilities that are unique to the volca sample with its ability to play a diverse range of samples; for example you could play back together with another synchronized volca unit while dramatically changing the rhythm pattern of the volca sample.

Reverse function lets you play samples backward
The sample reverse playback that's indispensable for hip-hop is provided, and you can turn it on/off independently for each part. 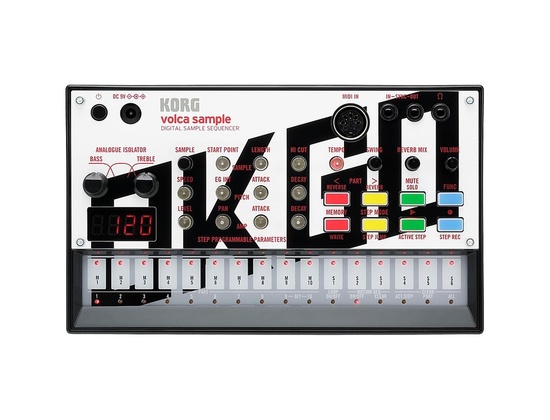