Save
Available From 2 Genres Artists 8 Reviews 4 Videos 1 Alternatives 1
FIND IT ON:

Based on the number of artists & members using this, our genre confidence is medium.

Victor's feet are active using a custom foot pedal called MidiMix. It controls a unit called Sound Canvas made by Roland which allows him... more

"I got this for free from a very friendly synthesizer musician and its really nice." more

"I can't believe that the shakuhachi and shamisen I used to play on my SC-55 over 20 years ago are now live!" more

“I also had a [Studio Electronics] SE1 which was basically a Minimoog that had memories and MIDI, a Roland Sound Canvas just for traditio... more

Based on 4 Reviews and 11 Ratings

Extremely goofy and old, but perfect for GM

Make no mistake, this isn't a synth you'd ever want to use for music production now. It's old, it's dated, it's cheesy, and pretty much nothing on here is usable beyond turning your tunes into an early 90s budget cover band's live gig. But it's got loads of charm, it's easy to use, and it's the only synth I trust for making General MIDI music thanks to its very well balanced instruments. I keep mine around just for retro game projects and the occasional DOS and PC-98 gaming binge.

The SC-55 is a MIDI module aimed at karaoke and computer music playback. It provides the user with a wealth of good, if not great sounds for MIDI playback and the instruments and environment provided in this little 1u half-rack box are perfect for all your GM and general playback needs. This device holds a lot of value with gamers of a past age, as many famous games including DOOM and Duke Nukem 3D supported music playback with a Sound Canvas, many also composed with one.

You get a stereo phono output, as well as a stereo phono input that allows you to mix in an external signal, be it your DOS sound card, or even another synthesizer! The SC-55 is one of the friendly options when you want to hit the ground running on desktop music, without the need for advanced configuration, although such things do exist if you find yourself wanting some more special adjustments.

There are many different ROM revisions of the original SC-55, and an SC-55 mkII unit that expands the polyphony from 28 voices to 32, and changed around a few of the onboard tones. Generally, the mkI units are only better for certain games that took advantage of some of the firmware's quirks. For modern use, and compositional use, the mkII is the variant to acquire.

SC-55 are powered by a 9V power supply, and a CR2032 battery can be installed to allow settings on the unit to be retained when the power is disconnected, however unless the device is being used in an onstage scenario, this battery is almost entirely redundant, and the synth functions completely without one.

Given that the Microsoft GS sounds are based off this module (and this module being fully unlocked), it's extremely fun to maximise its capabilities. Unfortunately, the polyphony and CPU overhead isn't very generous - it's quite easy to choke these units, and not at the fault of the MIDI cable bandwidth, either! But it also makes great fun for optimisation practices in General MIDI.

Note before I start: I have the Mk2 variant, but it's mostly the same at its core apart from having 28 voices of polyphony instead of 24.

The SC-55 has a ton of cheesy, 90s sounds that honestly aren't usable today at all - you only have a reverb and a chorus for effects, you only have about 400 patches total (128 General MIDI patches, around 180 variants, and a set of 128 patches meant for MT-32 compatibility, a predecessor of sorts filling the same niche), and again, you can't go ham with layering as you have 28 voices of polyphony at most, which is more around 14 notes since a lot of patches use 2 voices.

If you want a 90s sound, though, this is probably your absolute best bet. It's the sound of 90s karaoke music, video games (SNES, Playstation, PC-Engine CD, MS-DOS games, to name a few), budget bands/album releases, and so on. You may be able to get a more hi-fi 90s sound with a JV or a JD or something like that, but this review isn't about those.

You don't have a lot of flexibility with the sounds, can't really modify the filter or envelopes like you can on later synths in this series, and even on earlier synths (like the U220, which has the same synth engine) which had editable patches. However, the sounds are so usable out of the box, that you'd be hard pressed to list that as a big negative. It's meant to be a preset box at its core, one that has two standards attached to it.

I personally got it for writing proper, MIDI music. I could just use the Microsoft GS synth that comes with every Windows installation, but it lacks the chorus and reverb, some of the samples are wrong (taken from the SC88), some of the multisamples just are absent resulting in really odd sounding patches, and in every scenario apart from MIDI timing the SC-55 just wins.

It's also ideal for retro DOS gaming, a lot of games make use of the SC-55 to provide its soundtrack. Even some PC-98 and Sharp X68000 games make use of it (as well as MT-32 if you have it, but the MT-32 is worse in every way except being compatible with itself).

I'm not here to compare this thing against the U-220 (same synth engine), SC-8850 (same series) or MT-32 (same target audience) - It'd be way too long of a review otherwise, and it's not integral to the quality of this module. I could make a post about it somewhere else and link it here or something, but it's such a niche interest I doubt anyone would really care...

The only downside is that it can be rather noisy, and with my setup at the moment, I have to route all my other synths to it in a really large and unwieldy chain. The SC-55 doesn't have an active pass-through, and it makes my chain quieter apart from the SC-55. The 8850 does the same thing, for the record, but the volume dial for the input signal is on the back, separate from the one in the front. The SC-55 doesn't have such luck. (I've ordered a mixer and will update on this issue when I get it).

If you can find one for cheap (talking under $150 here with shipping), I'd say pick it up. It's just not worth it over that price, since something like the SC-88, 88Pro and 8850 can be had for a similar (or higher) price and has more features for composition (extra sounds, and a proper FX box with the 88pro and 8850, as well as editable envelopes, filters and other things).

19 Rock Organ - this sound is really cool to use as an organ for chords or a melody or something, but really works as a rather aggressive bass sound. 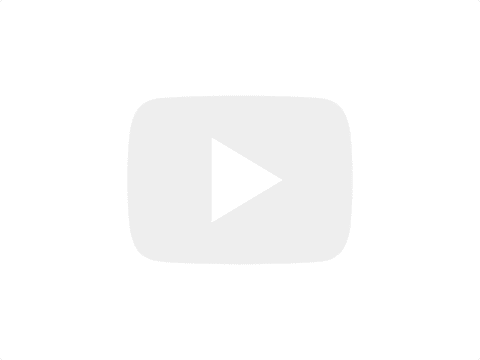 The SC-8850 features a lot of the same sounds, but in addition includes an entire FX box, a ton of extra sounds, and greater editability over the sounds themselves, with an adjustable filter, envelope, vibrato, among other things.

The only downside is that it doesn't feature every SC-55 sound, some quirks like chorus on drums and note choking (playing two identical notes, but the latter being quieter, muting the previous note) is not replicated, and because not every sound is preset, some replacements have been implemented - most noticeably, the drums sound quite different.

Technically it's newer and higher-end, but if you're not a composer, you might be better off getting some other model.