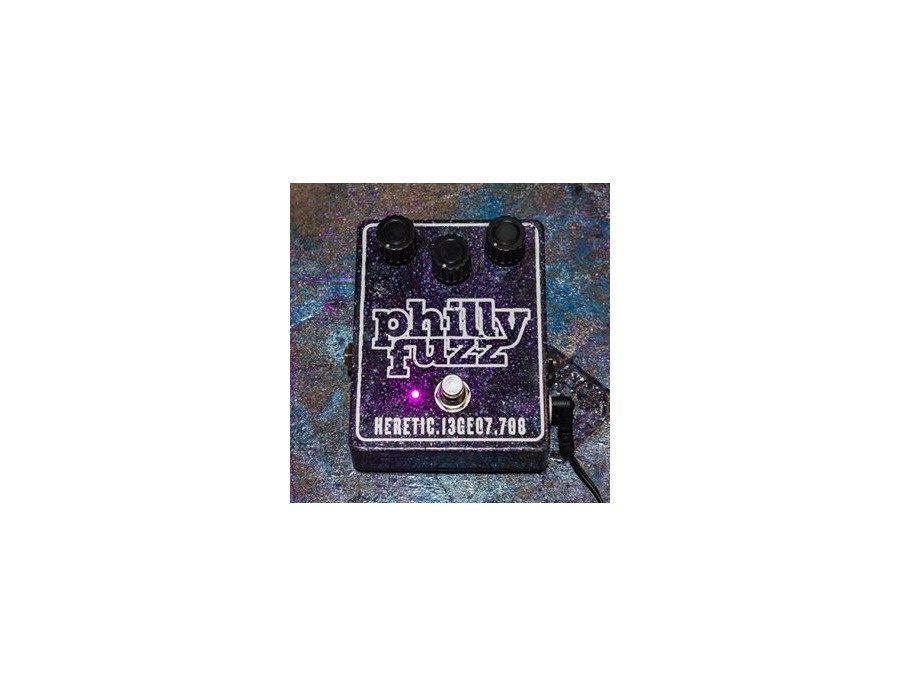 "After nearly a year of building prototypes, testing, and fine-tuning, we are ready to unveil The Heretic, the first official Philly Fuzz pedal. We are a trio of fuzz-pedal enthusiasts based in the outski...

"After nearly a year of building prototypes, testing, and fine-tuning, we are ready to unveil The Heretic, the first official Philly Fuzz pedal. We are a trio of fuzz-pedal enthusiasts based in the outskirts of Philadelphia, PA. Each feature of the Heretic has been designed and handmade by Philly Fuzz, using hand designd, cast, and forged parts and the highest quality modern and vintage components available, right down to each pedal’s own unique finish. Each pedal features three matched NOS Germanium Transistors from the 1970s for ideal effect controlled by three knobs:

Attack: Controls the aggressiveness of the fuzz wave. Similar to sustain/gain control.

Bias: Enables player to dial in the versatile resistance to their specific needs, from tight attack to very transparent open low-end.

Volume: Regulates the level of output that the power stages push through the circuit.

The flexibility of the pedal does not over complicate things, we’ve worked hard to ensure that any and all settings are usable.

This limited first batch of Heretics are available exclusively on the current Baroness tour: http://yourbaroness.com/tour. I used these pedals extensively while recording “Purple,” and I have two of them in my current tour-board. They are well suited for vintage-style low-gain fuzz, over-the-top full-bodied saturation, and work particularly well with a bass guitar, as the bias knob allows the full low-end spectrum to pass through. I will be posting a few examples of the hand colored enclosures we’ve been working on for the past few weeks. If you are interested, come out to the show, if you haven’t gotten a ticket, contact me and I’ll happily meet you nearby the venue to show you the pedal. We are not a retail pedal company, we simply love designing and creating these, and want to offer an alternative to the mass-produced and often neutered sounding fuzz pedals at major retailers. These pedals have a lifetime guarantee, as long as they haven’t been tampered with." - John Dyer Baizley 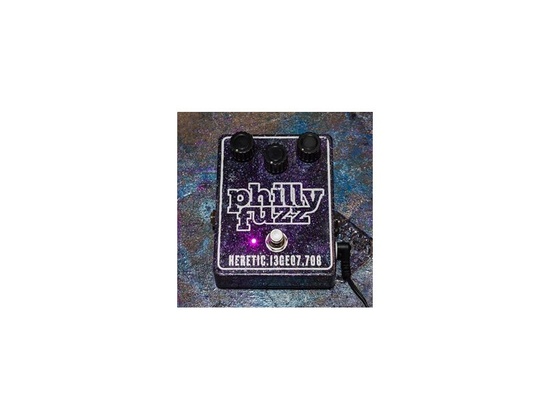