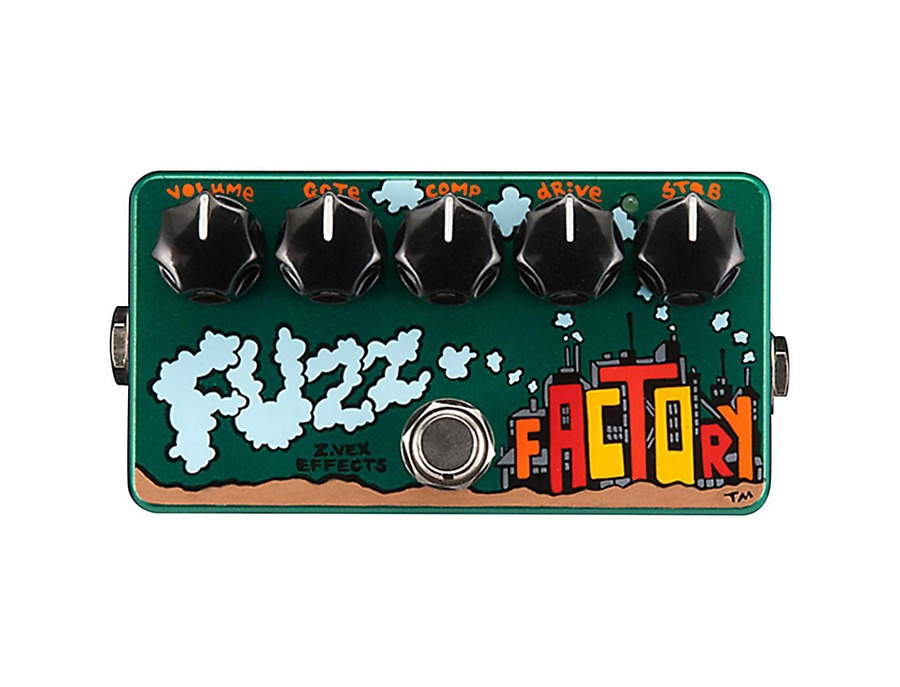 The Fuzz Factory from ZVex is a 5-knob fuzz pedal with 2 old-stock '60s germanium transistors. Though the circuit isn't modeled after any one specific classic fuzz effect, it delivers tones straight...

The Fuzz Factory from ZVex is a 5-knob fuzz pedal with 2 old-stock '60s germanium transistors. Though the circuit isn't modeled after any one specific classic fuzz effect, it delivers tones straight out of the 1960s. These 5 knobs control the Fuzz Factory's parameters at various operating levels, letting you shape your own personalized fuzz.

ZVex designed the Fuzz Factory to consume less energy than other effects pedals. When on, the Fuzz Factory's current is less than 3 mA. This fuzz pedal is hand-painted and assembled by hand too so each is unique. Includes a 9V DC power jack and green on/off LED.

Gate: Squelches noise after end of sustain. Turn to the right to eliminate squeals, hiss, and buzz, stopping just as they disappear, or use to tune in exact feedback pitch. Turning to the left opens gate.

Compress: Adds attack characteristic when turned to the left, which gets softer to right, and suddenly pinches tone when all the way right. Also tunes in fat, feedbacky fuzz. Lower the Stability and see what happens to this control.

Drive: Increases distortion when used as a "normal" fuzz and adjusts feedback pitch and tonal thickness.

Stability: Use to control feedback pitch. This is one of the pedal's more finicky controls, so it will take some experimentation to get it right.

Note: Due to the nature of each hand-painted Fuzz Factory pedal, there may be a slight difference in design from the posted image. 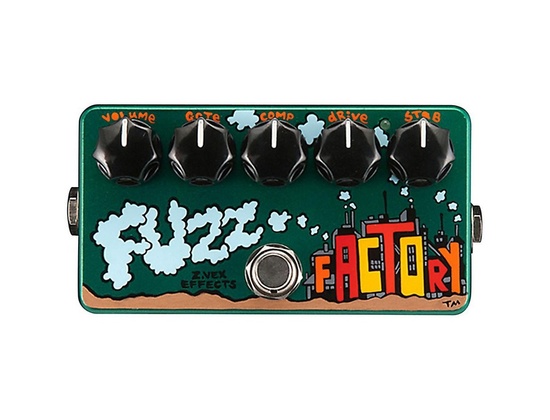