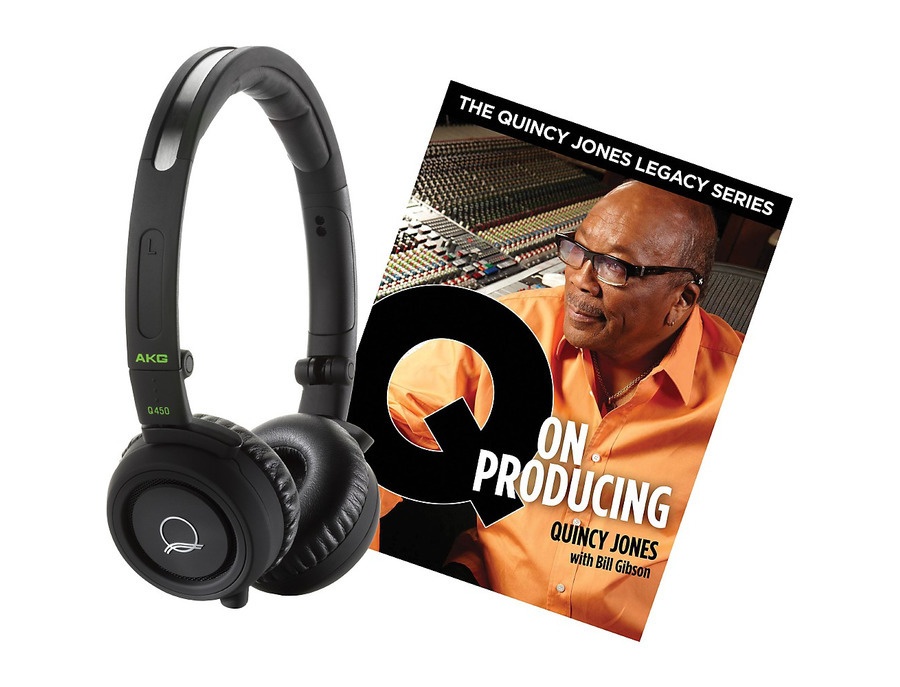 AKG Q460 Quincy Jones Signature Headphones :
AKG Q460 mini on-ear headphones let you hit the road Quincy Jones style. The Q460s are the result of a partnership with AKG and one of the most accomplished musicians of the 20th century: Quincy Jones- an American icon whose productions include the best-selling album (Thriller) and single ("We Are the World") of all time.

AKG's Q460 will connect you to your music from virtually any portable audio or video player with all the dynamics and sound quality you'd expect for the premier set of "golden ears" of our time. The lightweight and comfortable design blocks out most ambient noise, freeing you to enjoy hours of balanced, reference-quality sound.

The Q460 is also the perfect partner for use with smart phones, allowing you to make and receive calls as well as control several music playback functions of the iPhone with its inline remote control.

Says Quincy, " I visit more than a dozen countries every year, and these are the headphones I want with me."

Q on Producing Book/DVD :
Q on Producing: The Soul and Science of Mastering Music and Work is essential reading for aspiring producers and artists everywhere. Q on Producing presents the master's approach to making music. Told to and compiled by author and audio expert Bill Gibson, Quincy's observations, culled from over a year of in-depth interviews, are collected and presented in book form and on an accompanying DVD-ROM, providing an unparalleled course of instruction from one of the true legends of American music.

Reaching back to his early successes, Quincy discusses the techniques learned as an arranger for such legendary performers as Count Basie and Ray Charles, as a touring bandleader, and as a young producer with his first pop successes. Coauthor Gibson, in chapters such as "Discovering Talent," "The Producer/Engineer Relationship," and "Tools for Success," outlines the many skills Quincy developed and broadened as he graduated to film and TV work, his solo recordings, and his game-changing albums with Michael Jackson, as well as more recent productions.

With invaluable advice on subjects such as songwriting, scoring, and the modern music business - to be expanded on in subsequent volumes - Q on Producing provides the foundation for what is sure to be the most anticipated series of tutorials on music production ever created. 302 page hardcover book with DVD-ROM.

Chapter titles include :
â?¢ The Man
Soul and Science
Evolution of Q: The Modern Producer
Tools for Success
The Engineers
Michael Jackson
The Producer and the Artists
The Band
The Power of Monitoring: Quincy's Musical Family Tree
Song and Album Discussions

In the Studio with Q

Includes Afterward: Quincy's Body of Work and Extended Musical Family, discography, and a list of awards and honors.

DVD-ROM features scenes of Quincy discussing the actual master recordings of some of his hits and remembering the performances of some of the greatest stars of all time, including Michael Jackson, Frank Sinatra, LL Cool J, and a host of pop, jazz, and hip-hop artists.

No reviews or videos yet for Akg Quincy Jones Q460 Headphones With Q On Producing Book Black.

With an Equipboard account you can rate this item, add it to your collection, submit a review to discuss what you like and dislike about it, and associate Akg Quincy Jones Q460 Headphones With Q On Producing Book Black to artists that use it. Create an account! 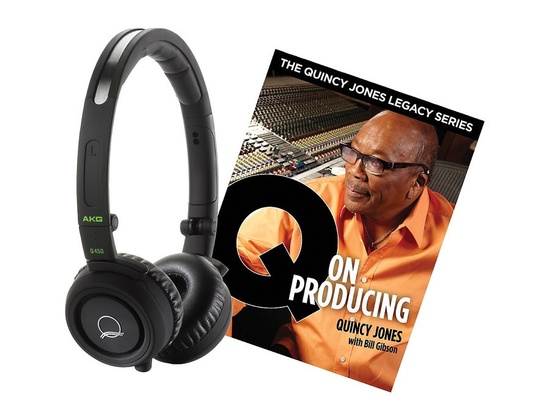