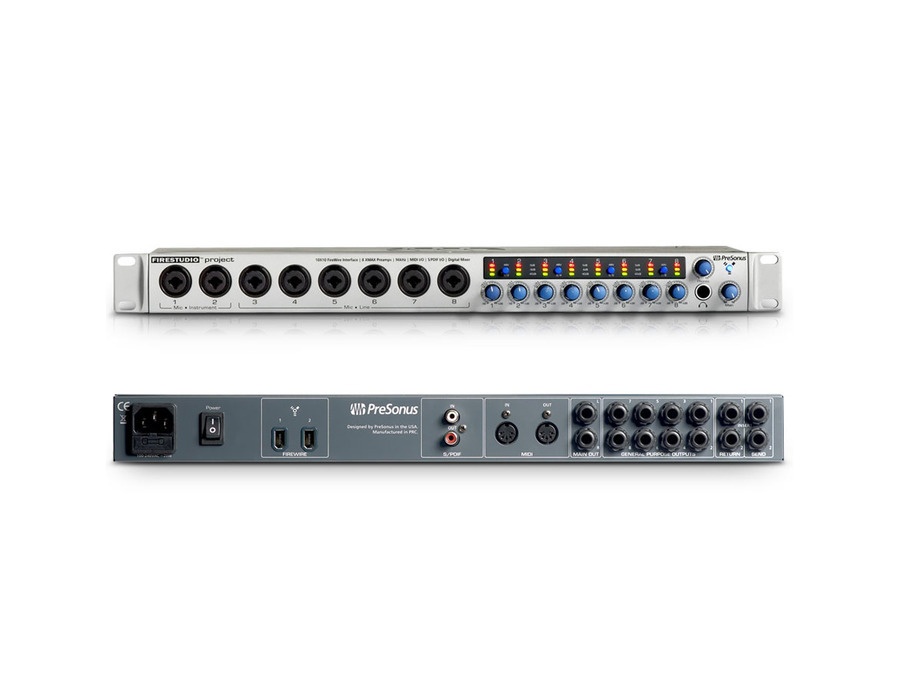 Note: As of 5/26/09, you can make your FireStudio Project 64-bit compatible via a PreSonus web update.

Based on the award-winning FP10 (formerly the FirePod) the FireStudio Project starts with eight PreSonus Class A XMAX microphone preamplifiers found in the FP10 and adds the following improvements:

â?¢FireControl Mixer/Router to send up to five separate zero-latency stereo mixes to musicians during recording

â?¢Studio One Artist music creation and production software which has the same platform and intuitive interface as Studio One Pro but with an unlimited track count, BFD Lite, Wave Arts Plug-ins, and more

The FireStudio Project starts with eight custom-designed high-voltage, discrete, XMAX Class A microphone preamplifiers. PreSonus knows that your preamps are a key component in the sonic quality of your recordings. The job of a microphone preamplifier is to boost microphone level signals to line level so that the signal can be converted from analog to digital. This mic to line boost is generally a preamplification of over 400 times the voltage of the original mic level signal. This preamplification stage is one of the most important stages that the signal will go through before converted to digital, and is why a high performance preamplifier is important to achieving great results. A cheap off-the-shelf, op-amp type preamp found in most interfaces translates into thin, noisy, and harsh results. With the XMAX preamp you get full-sounding, true-to-life sonic performance to serve your music best.

The FireStudio Project is loaded with the ultra-powerful DICE II FireWire chipset delivering 10 channels of professional-quality 24-bit inputs and outputs simultaneously. The strength of the DICE II chip lies with its ability to easily handle high channel count at high bit-rate while minimizing latency and load on your computer.

The synchronization of the FireStudio Project is handled by patented JetPLL jitter reduction technology. JetPLL incorporates noise shaping to virtually remove all audio band jitter. JetPLL ensures the highest converter performance possible, resulting in better stereo separation and clearer more transparent audio. JetPLL delivers ultra-fast locking to any digital format, through a wide range of frequencies and is extremely robust, and tolerant of wide variations in clock frequencies. JetPLL ensures near perfect clock performance when networking audio devices thus creating the most stable and robust synchronization to the computer and all devices synchronization with the FireStudio Project.

Also, the FireStudio Project is loaded with internal flash memory so that all FireControl settings are saved and recalled in the FireStudio Project during power off/on. This allows you to configure your FireStudio as a standalone device, without being connected to a computer for uses such as a submixer, A/D and D/A-converter, headphone mixer, format converter, instrument, or microphone preamplifier.

The FireStudio Mobile recording system is bundled with an exceptional software package featuring PreSonus Studio One Artist DAW software for Mac OS X and Windows XP and Vista. It makes producing high-quality projects easier than ever before. As part of the Studio One Artist package, you get 20 new PreSonus Native Effects plug-ins and virtual instruments, and a generous bundle of third-party loops, software, and instrument sounds. 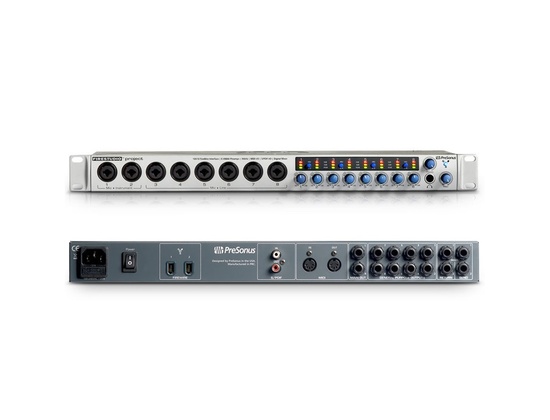