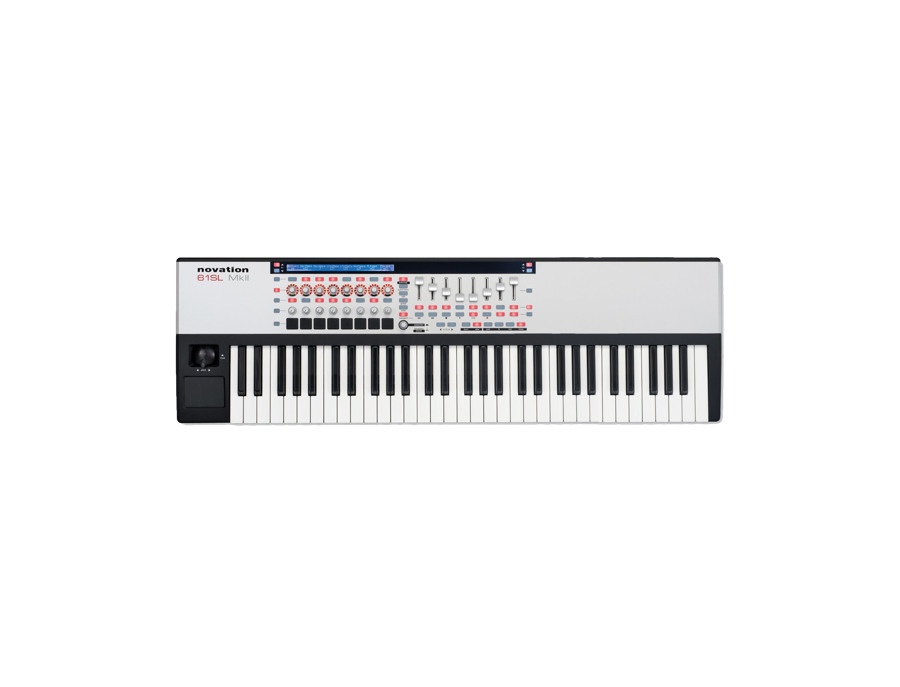 Combines a high-quality semi-weighted keyboard with a full DAW and plug-in control surface.

Combines a high-quality semi-weighted keyboard with a full DAW and plug-in control surface.

The Novation 61SL MkII Keyboard Controller gives modern DAW users every dimension of hardware control. The 61SL MkII offers a hands-on approach to navigating software, audio mixing and controlling plug-ins. The Novation 61SL MkII is an extraordinary MIDI controller value. It integrates a DAW control surface with a quality semi-weighted keyboard-with after-touch-and the most intuitive plug-in mapping capabilities available. All this musical goodness is presided over by Automap 3 PRO-arguably the most advanced control software on the market.

61SL MkII upholds Novation's reputation for building quality hardware (like the SL Mk I, they will also appeal to performers who need a well-constructed keyboard on stage). Quality is not just reflected in their robustness, but more importantly in the way the 61SL Mk II has been designed with every detail calculated to maximize workflow. The 61 SL Mk II's visually feeds back all controller information to the user with back lit buttons and encoder LED rings.

The difficulty with other control surfaces is in knowing what is assigned to what. 61SL MkII has a giant 144-character ultra-bright LCD screen that displays all the parameter names and values for the currently selected row of controllers. All 8 faders and 16 knobs are touch sensitive, so the moment one is touched, the display shows the names and values on that row and puts brackets around the controller that is currently being touched. This enables the user to see which parameter is assigned to the controller without having to change the value, or refer to their software. 61SL MkII also has a dedicated 'Speed Dial' knob, which can be used to change the value of any parameter the cursor is positioned over without making any assignments whatsoever.

The 8 continuous rotary encoders have 11 segment LED rings around each of them, allowing encoders to behave like pots so the user can see the value before moving them. All the buttons have LED lights underneath them so users can instantly see their status without having to press them. There are 8 soft-feel drum pads, a pitch/modulation wheel and an X/Y Xpression touchpad which, (along with footswitch and sustain pedal inputs), are all fully assignable to any parameter with the Automap software

The 61SL MkII has been designed to draw minimum current so it can be used as a USB buss-powered device, and an optional 9V DC power supply can be added for stand-alone use. As well as USB interfacing, the 61SL MkII has 1 MIDI in, 1 MIDI thru and 2 MIDI outs.

The power behind the 61SL MkII's unique ability to map controllers at the touch of a button is contained within the included Automap software. Automap 3 PRO enables users to map controllers with incredible speed and ease-no more digging through MIDI continuous controller numbers, the Automap server takes care of it all. Automap's GUI gives the user a visual representation of all the current mappings on screen, as well as the ability to save and manage mappings across different projects. There is also an option to only bring up the GUI when a controller on the 61SL MkII has been touched!

Giant 144-character LCD screen
Frees the artist from being chained to the computer screen, placing all the essential data right alongside the relevant controls. 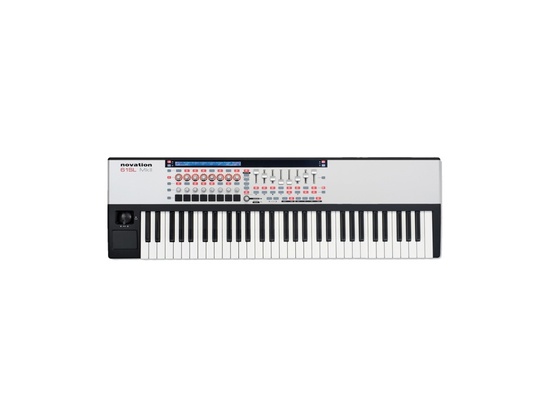