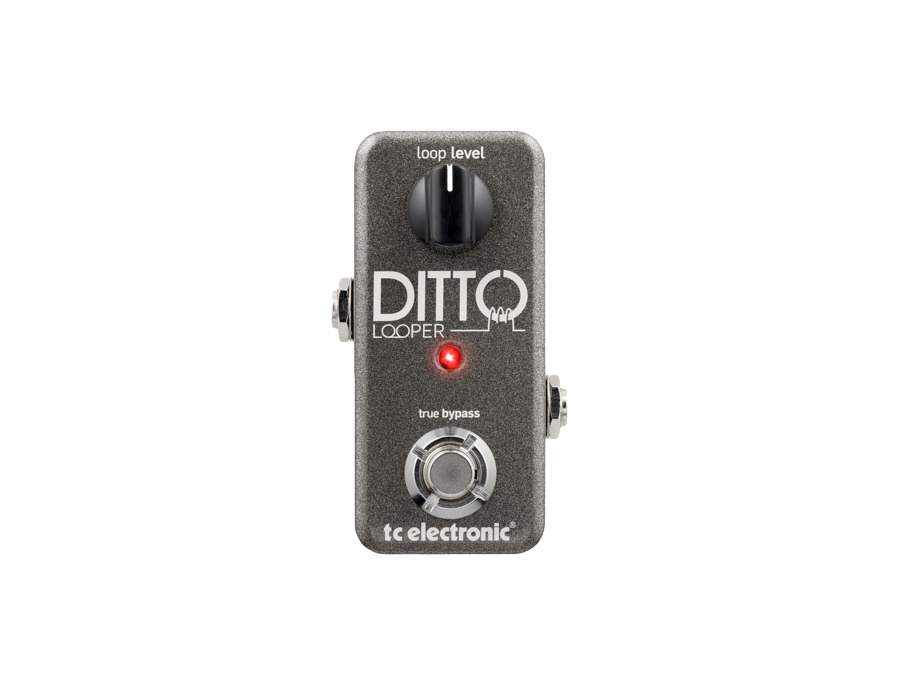 An amazingly simple looper made by guitarists - for guitarists.

Ditto Looper is the looper you try once and love for life. TC Electronics have taken all that is good about loopers, trimmed away all the non-essential, mood-killing tech hoopla an...

An amazingly simple looper made by guitarists - for guitarists.

Ditto Looper is the looper you try once and love for life. TC Electronics have taken all that is good about loopers, trimmed away all the non-essential, mood-killing tech hoopla and ended up with a looper that is intuitive, tons of fun, sounds great and doesn't break the bank.

Its 'one knob' button may seem like a minimalist approach, but all the essentials are there: record, undo/redo, stop and erase are all accessed via different foot-commands that always make sense, whether you are building loops, changing from one part to the next (we're looking at you, live performers) or adding layers to a song. Tone quality should still always be priority number one so that's why the loops produced are in 24 bit uncompressed high quality audio.

Make looping as easy as 1-2-3. No hassle or needlessly complicated stuff, Ditto Looper is boiled down to the essentials and makes control intuitive yet flexible, so guitarists can focus on what matters most: playing and performing. You press once to record, press once again to play the loop. Press once to add another layer of sounds (something you can keep repeating until you run out of ideas). You press and hold to Undo a layer and press and hold again to Redo. Press twice to stop, after which you can press and hold to clear the loop.

The Ditto Looper has a ton of great features aside from its simple layout and controls. It provides 5 minutes of looping time which is more than you'll ever need and unlimited overdubs. It has an ultrasmall footprint and takes up almost zero space on your pedal board, saving you precious realestate. It's great for quickly getting rid of parts you aren't feeling, but it's been found that many people actually use this to change parts during live performance, say from verse to chorus Ditto works great in either scenario. The single knob allows you to set the level of your loops as a subtle background or a mindblowing performance.

In addition the Ditto Looper always let's your ˜dry sound' pass without ever converting it to digital, keeping your original tone just that original and purely as you intended it coming through with zero latency. And when it's bypassed, it's REALLY off. The Ditto Looper also stores your loops when you power down or disconnect the power plug. This means absolutely zero worries, as the music you've created stays stored and is ready to go when you need it whether you're just jamming on ideas, rehearsal, live performance or studio. 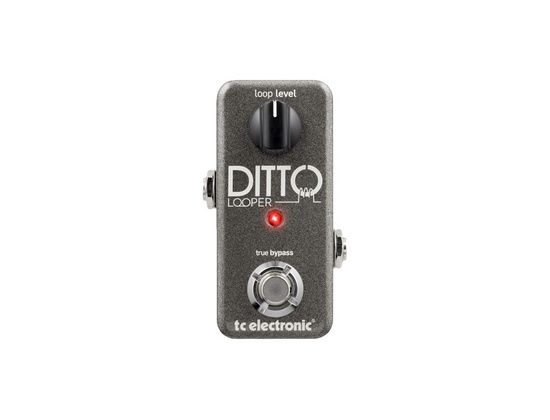