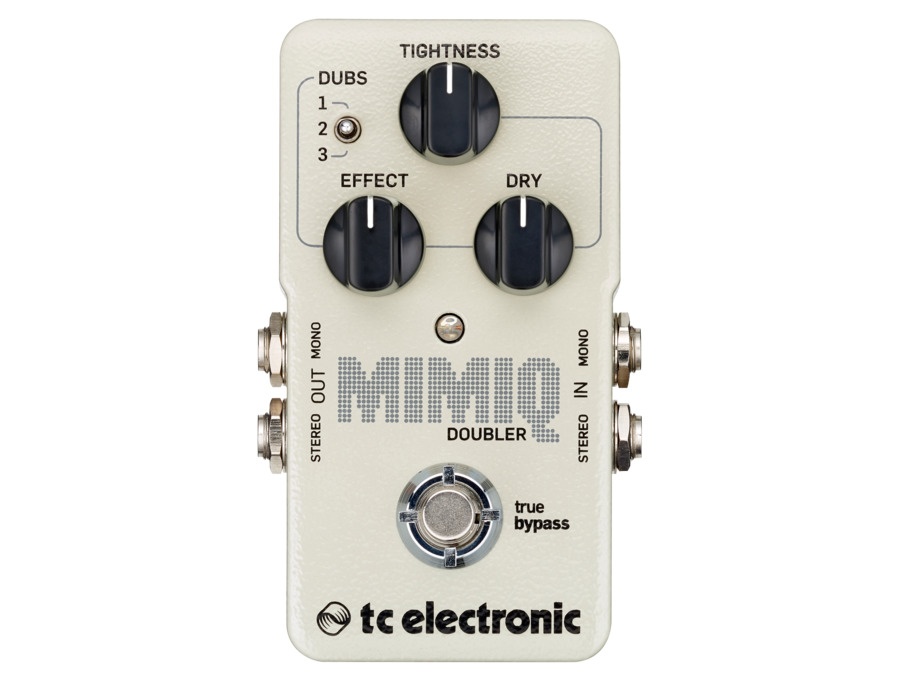 Mimiq Doubler ushers in a new era for live guitar doubling. By harnessing every ounce of power from our new proprietary doubler algorithm, Mimiq manages to distill the magic and uniqueness of actual studio-grade double tracking into a compact peda... read more 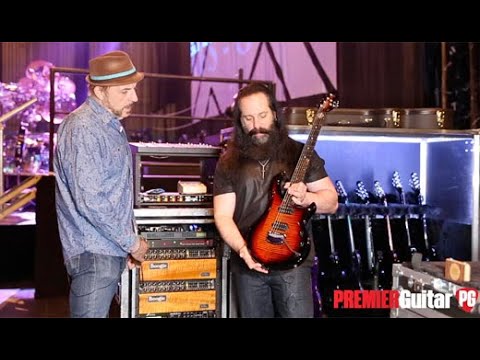 At 22:30 Maddi explains they recently added the TC Electronic Mimiq to the rig to provide a wider, stereo image. more 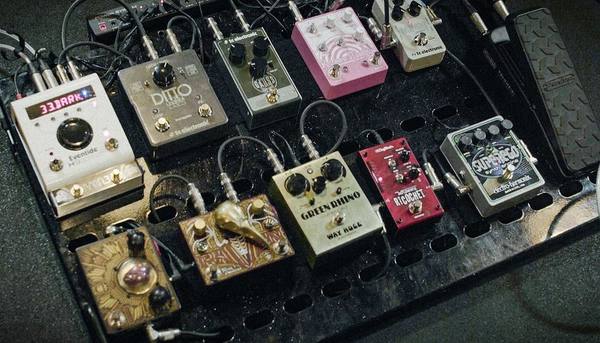 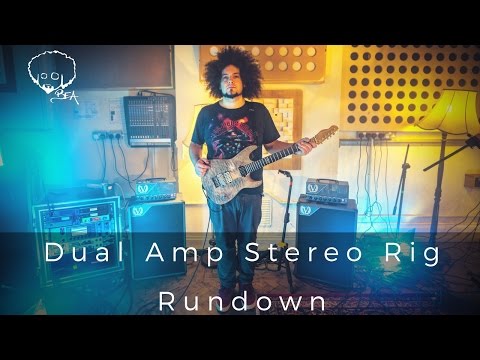 Demonstrated at 4:12 in video more 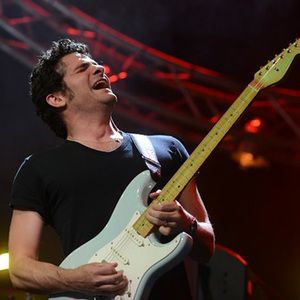 > This thing does the job of giving you two, three, and four stacks of yourself more 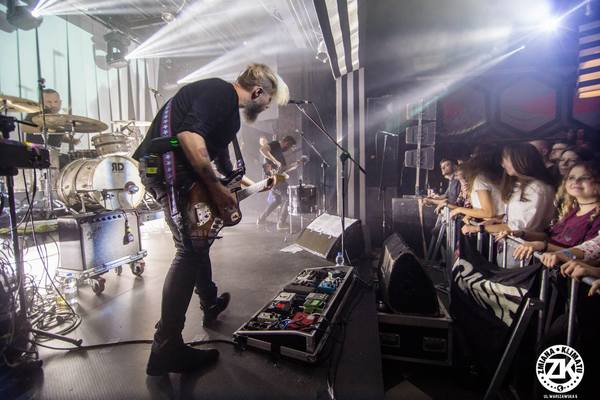 He can be seen with that pedal on his pedalboard more

In this video 'Bea goes through his live rig. At around 4:15, the Mimiq is mentioned and can be seen on the top row of his board, just to... more

While far from perfect, this thing is a godsend. I use this as a part of my live rig and my tone has never been better. I'd been looking for a way to split my signal into two amps that was more interesting than an A/B/Y or stereo delay pedal.

Build quality is great, feels very sturdy and well engineered. The casing is one of the best designs ever I think, to access the battery there's a large set screw on the back that is wide-threaded and can be unscrewed with a quarter. Much more convenient than the typical 4 screws on MXR type boxes, and less fragile and less moving parts than a BOSS style casing. Reliability so far has been perfect.

The stereo ins and outs are a nice feature for those putting this at the end of a stereo effects chain. The controls are marked "Tightness", "Effect" and "Dry". "Tightness" controls how much of the "Mimiq" effect is blended into the signal. When used mono, the "Effect" and "Dry" knobs do what they say on the tin. In stereo, they are essentially volume controls for the left and right outputs. Fairly intuitive, except that the "Tightness" control works backwards from how you'd expect ("0" is the most "tight", while "10" has the most amount of the "Mimiq" effect)

One small issue is that it seems to eat batteries quite quickly, about as fast as an average digital delay (it has a power consumption of 100 mA). It would probably last a good while on a battery if you were using it as an occasional effect. But, if you plan on switching it on at the start of the gig and switching it off at the end like I do, definitely use an adapter. Thankfully, if you're stuck using a battery and it does die mid set, because it's true bypass it'll just switch off and won't kill your signal.

I play hardcore punk and metal and when set to the most minimal settings (1 Dub, "Tightness" at 0, "Dry" and "Effect" at 10) the clarity and definition that it gives is something I've been chasing all of my guitar-playing life. I tried using it with just one amp and it was pretty underwhelming. This thing really shines through two amps, with one set fairly midrange-heavy and clear, and the other more scooped and saturated. I can't say enough about what a game changer this pedal was in that scenario.

This pedal has become completely indispensable to my live rig, when used subtly it can really fill out the sound of a power trio or add some body to the mix when one guitarist drops out to play a solo. While it might not succeed in fulfilling its goal of providing a 100% realistic double tracking emulation, if you work within its limitations it will yield amazing results. I'd buy it again in a heartbeat if I had to replace it, and might stockpile a couple extra just in case they get discontinued. It's that good.

This is great fun for individuals running 2 or 3 amp rigs and wanting to get a fuller guitar sound. I love it!

Absolute killer - both live and in the studio

I was very doubtful about buying the Mimiq at first as I read plenty of comments saying it had phasing issues with the double tracked takes. I got it nonetheless and I do not regret it a bit!

With the Mimiq stereo output panned L/R it makes everything seem so much fuller and rounder. I often loop up multiple guitar layers with the dry at 0 and the softness and subtle warmth that comes through the stereo field makes these loops ever so pleasing. To cut through the lush stereo scape I then often turn the Mimiq off to give my solos that centered attack sound - however that does not mean that I couldn't as well just leave it on as it enhances literally everything you play. That is for live.

In the studio, I used to tediously double track all guitars. Now, however I just play them once with the Mimiq engaged and supply two takes in one. The quality and character of a real double take will always be more personal as every take brings out your guitarist character more, but it does the job of a double tracking machine just right.

The only issue I had setting it up was the panning in the stereo field with two extra voices: that means original signal + 2 tracks. I would have assumed the original signal to be panned in the center with the doubles panned hard L/R. However that is not the case as the original signal will stay in the 'mono' output jack with the other voices being added on both outputs which did result in minor phasing issues. However, turning off the dry signal is a quick fix to that, so fear not.

All in all I can't recommend it enough and it's sure to stay on my board for quite a while.

Mimiq Doubler ushers in a new era for live guitar doubling. By harnessing every ounce of power from our new proprietary doubler algorithm, Mimiq manages to distill the magic and uniqueness of actual studio-grade double tracking into a compact pedal. Just stomp it and hear your rockin' riffs gain epic leviathan-like strength, and your lead-lines stand out with unprecedented grandeur, as if played by up to four guitarists at once. When it comes to Mimiq, more is definitely more!